For the first time, theMuseumofMarbleand the Academy of Fine Arts of Carrara enter into a dialogue that we hope will be strengthened in time, becoming a yearly event. The first edition of “L’Accademia al Museo”, curated by the Ars Gratia Artis association, will be inaugurated by three professors: Giacomo Verde (Course in Video Installations), Massimo Cittadini (Course in Interactive installations) and Aron Demetz (Course in the sculpture of marble and other materials), who have been invited to focus their courses for the academic year 2011/2012 on the theme of theMuseum ofMarble. Our decision to begin a partnership with these professors derives both from the affinity between our association’s artistic research and their own, and from the specific quality of these courses, which give continuity to the dialogue between digital expression and the artistic use of marble, which is already ongoing within the Museum of Marble, due to the 2008 intervention of Studio Azzurro and the 2011 donation to the museum made by Mario Sasso. 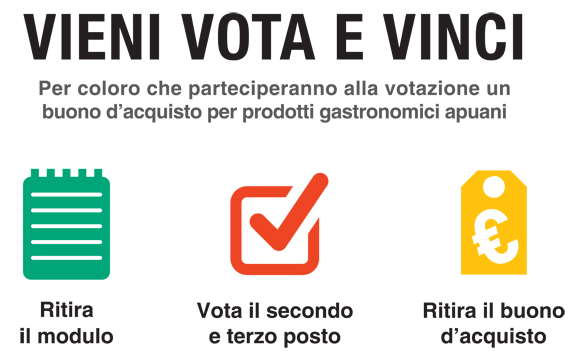 Encouraged by these courses, site specific projects have been developed by the students, whose works will be showcased in three distinct moments of the DATABASE schedule, according to a format in which the winning project will be awarded a prize by the pertaining course professor, and will be displayed in an installation produced by our association. The winning project will be displayed along an itinerary which winds its way through the Museum, among the other projects which have not been selected.

During the exhibition, visitors may cast a vote for these projects, to which the second and third prizes will be assigned. In accordance with the entire DATABASE project, which is intended to reinterpret the specific qualities of the landscape ofCarrarathrough the language of contemporary art, the prizes assigned shall consist of local food and wine products, and voters will be able to collect a discount from affiliated distributors of such products.

The exhibition will culminate in the award ceremony, in which prizes will be assigned by the Director of the Academy of Fine Arts of Carrara, the Councillor of Culture of the city ofCarrara, and by the President of the Ars Gratia Artis Association.

Sorry, this entry is only available in Italiano.